Sticks in a bundle are unbreakable 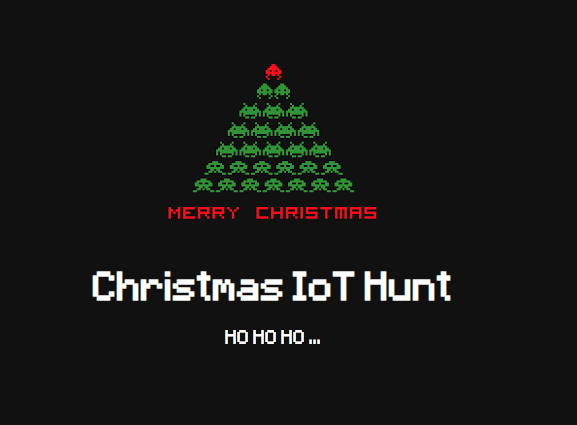 I’m a strong believer that if you build a happy team you will be able to accomplish far greater things.  Having been part of dysfunctional teams, where the thought of a Monday morning on a Sunday night can make you feel sick and depressed, its important to take a step back and understand how its happened and how to change things for the better.

So one of the many options other than a team charter or a better set of working practises is the concept of fun.  Not adopted by all in the workplace but at least appreciated by most, one idea was to introduce a bit of fun in the office at Christmas with a game.

So to keep the concept simple the idea was…..

Create a leaderboard to display results from the ’10 days of Christmas’ event. In the event 10 iot devices will be hidden around / near the office. Each team will have to find the button on a particular day and press the button.

Points will be awarded to the team when their days button is pressed. The points total will be displayed on a leaderboard

So initially in the run up to Christmas we introduced a Hack Fri-Day,  where over lunch we would introduce the concept and brainstorm around different bits of technology we could use.  As time went on people came up with more weird, wonderful and inventive ideas around how, where and when a button could be pressed.

After 3 months of team building and collaborative working across multiple teams a front end and a number of REST endpoints were created that were all linked into Dash buttons, Minecraft, Raspberry Pi’s and VR headsets to provide a festive flurry of activity in the run up to Christmas.